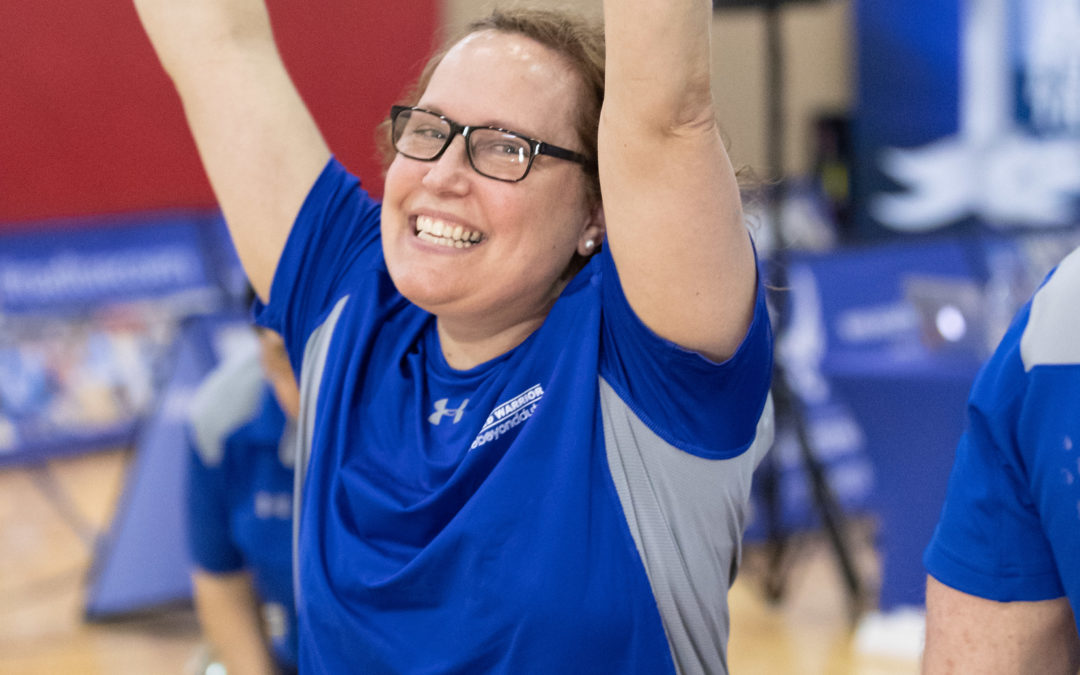 For a while, medical diagnoses threatened to keep Melissa Nueva from doing what she loved. With the help of the Air Force Wounded Warrior program, Nueva has worked to overcome her diagnoses through sports, and will continue doing so at the Cornhusker State Games.

A native Minnesotan, Nueva joined the Air Force in 1996 and began working in personnel before becoming a flight attendant stationed at Andrews Air Force Base in Maryland.

“We got to fly a lot of dignitaries, congressmen, and I actually got to fly with the first lady,” Nueva said. “It was a lot fun and I’ve been all over the world.”

Her career eventually led Nueva to England, where she met her husband Richard. The pair moved to Omaha to work together at Offutt Air Force Base, and had three children together.

However, a series of medical problems put all that in jeopardy. With an increased risk of breast cancer in her family, Nueva had four preventative surgeries over a six-month period to lower her risk.

“To me, it wasn’t a question if I was going to get breast cancer, it was just when,” she said.

Following the procedures, Nueva’s road to recovery was difficult. She didn’t feel right for about a year, which doctors attributed to side effects of the surgery, until she was finally diagnosed with lupus. While the disease isn’t visible on the outside, its limitations meant Nueva could no longer do many of the same physical activities she used to.

“I got kind of depressed because I was in a place where I couldn’t do what I used to do with my kids,” she said.

Nueva eventually joined the Wounded Warrior program, which helped re-ignite her love for competition. When she first began, it didn’t come easy. When working on the bench press, she could barely balance the bar and had to overcome physical problems to swim and cycle again.

Through months of training, Nueva managed to bench 110 pounds and qualified to represent the Air Force at the Warrior Games in multiple sports.

With a re-ignited love for competition, Nueva will compete in her first Cornhusker State Games this year in swimming, cycling, shooting and powerlifting. She said her goal isn’t to win these events, but simply to set a personal best.

Despite medical issues standing in the way, sports have become a way for Nueva to heal, and she will continue that process with both the Warrior Games and Cornhusker State Games this summer.

“It [competing] really changed the way I looked at my disease and my recovery,” she said.