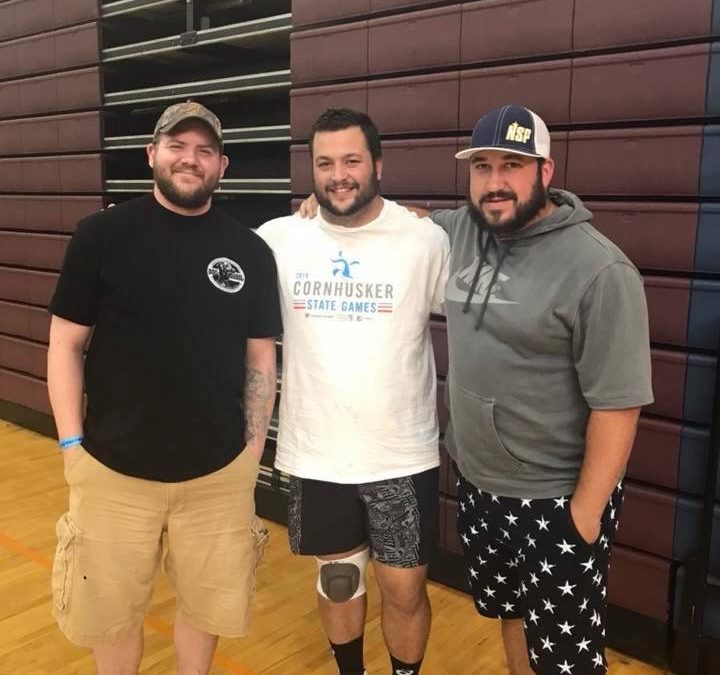 Wrestling can be a brutally difficult sport. A wrestler has to push themselves to gain or cut weight, has to master complex takedown moves and has to improve their endurance to deal with the physicality of a one-on-one showdown on the mat.

For Gaven Hefling, the difficulty of wrestling is actually what attracts him to the sport.

The Omaha native first began wrestling as an eighth grader, and continued his wrestling career at Omaha Westside, where he competed for three years. As a senior, Hefling experienced heartbreak in his final high school competition. He lost in the semifinal round of the district tournament, narrowly causing him to miss out on the state tournament.

In lieu of competing in the state tournament, Hefling found another competition where he could channel his love of wrestling — the Cornhusker State Games.

“When you step away from the sport of wrestling, I found that I had this depression, and then I got back on the mat and I felt so much better,” Hefling said.

After competing in the Games following his high school career, Hefling spent a year wrestling at Midland University, which he said was a dream of his. Following that experience, Hefling stepped away from wrestling competitions for seven years before returning to the Cornhusker State Games last year.

“It’s definitely good to be back on the mat, competing, and feeling that aggressiveness that I had back in the day,” he said.

Despite not competing for a long period of time, it didn’t stop Hefling from staying in the sport of wrestling. An assistant coach at Elkhorn Wrestling Club, he coaches young wrestlers ranging from third through eighth grade.

The shift from mentee to mentor has been a welcome one for Hefling, who said he has learned a lot from being a coach. Instead of only being focused on his own success, he now looks out for the success of others and helps them implement moves which he has mastered.

“I love it, it’s definitely something that I’m glad I got into, because I think it’s changed my life for the better, it’s taught me a lot more patience,” Hefling said. “It’s taught me to be a teacher, to teach others in different ways, because every kid is going to be different.”

Although he spends most of his time coaching now, Hefling is excited to finally return to competition in the Cornhusker State Games this summer. He will be wrestling in the Scholastic, Greco and Freestyle competitions, which will take place on July 27 and 28.

“I’m pretty freaking excited to get back on the mat and just be able to compete again,” Hefling said.