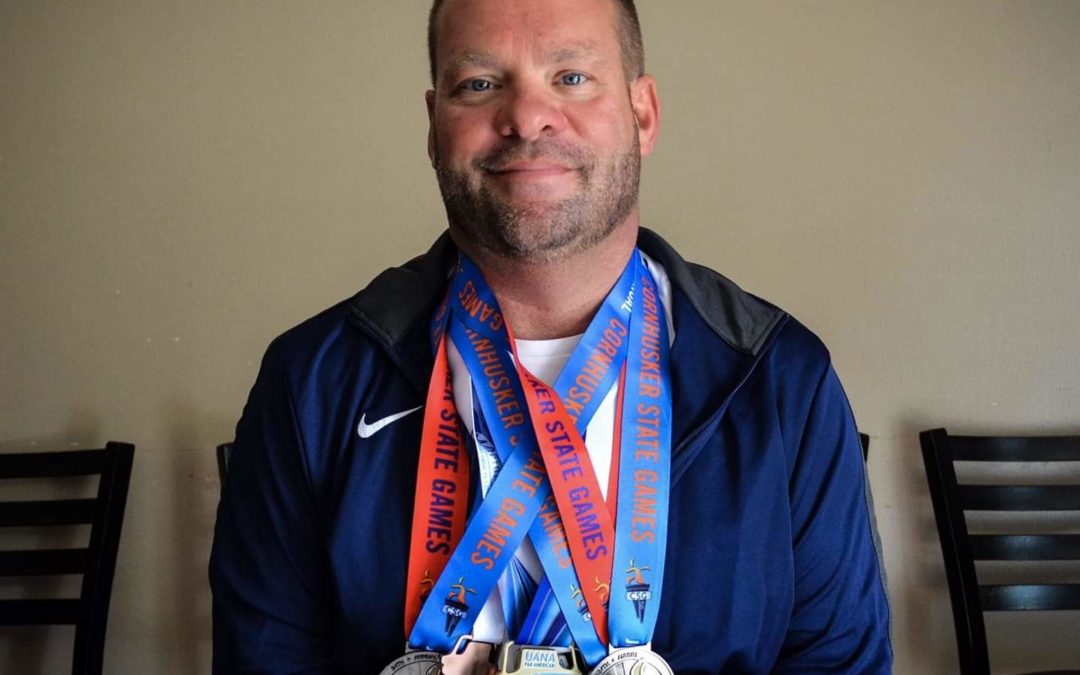 When Robert Chandler broke his neck in 2014, he didn’t know if he’d ever walk again. Inches away from being paralyzed or even death, Chandler’s nervous system was short-circuited after the freak accident, forcing him to relearn how to walk.

“I basically had to overcome my mind first because after the accident, I just wanted to give up and all that,” Chandler said. “I finally overcame that part of it and then I had to overcome the physical part.”

A lifelong diver, Chandler had to pass tests from all his doctors before he could return to the diving board, and it took him just 11 months to come back. He competed in the 2015 State Games of America, and his dedication to diving led him to the USA National Championships in 2015 and 2016.

With the help of his son, who Chandler called his rock in pushing him forward, he managed to qualify for the 2017 FINA World Championships in Budapest, Hungary. When Chandler walked into a massive arena, the enormity of his success finally hit him.

Without a coach to help him at the championships, multiple divers from around the world helped assist Chandler with his dives.

“Just to be on that deck with people from around the world was amazing. The whole diving community accepted me with open arms.”

As he reflects back on his injury, Chandler felt it helped awake a spirit inside him which has pushed him to continue honing his craft no matter what.

“It’s a mentality that I guess I’ve learned since my accident, that I’ve just got to keep going,” Chandler said. “That’s my mantra, never give up on myself, never surrender to others, and never quit.”

Chandler is continuing to improve on the national stage, and will be heading to the 2019 World Masters Championships in South Korea in August. Additionally, he will compete at the Cornhusker State Games, as is tradition for the local diver.

Also a motivational speaker and currently in the process of writing a book, Chandler continues to push himself to be the best he can be in all aspects of life, and that mindset dates back to his fateful diving accident in 2014.

“Don’t tell me I can’t do something because then I’m going to do it,” he said.