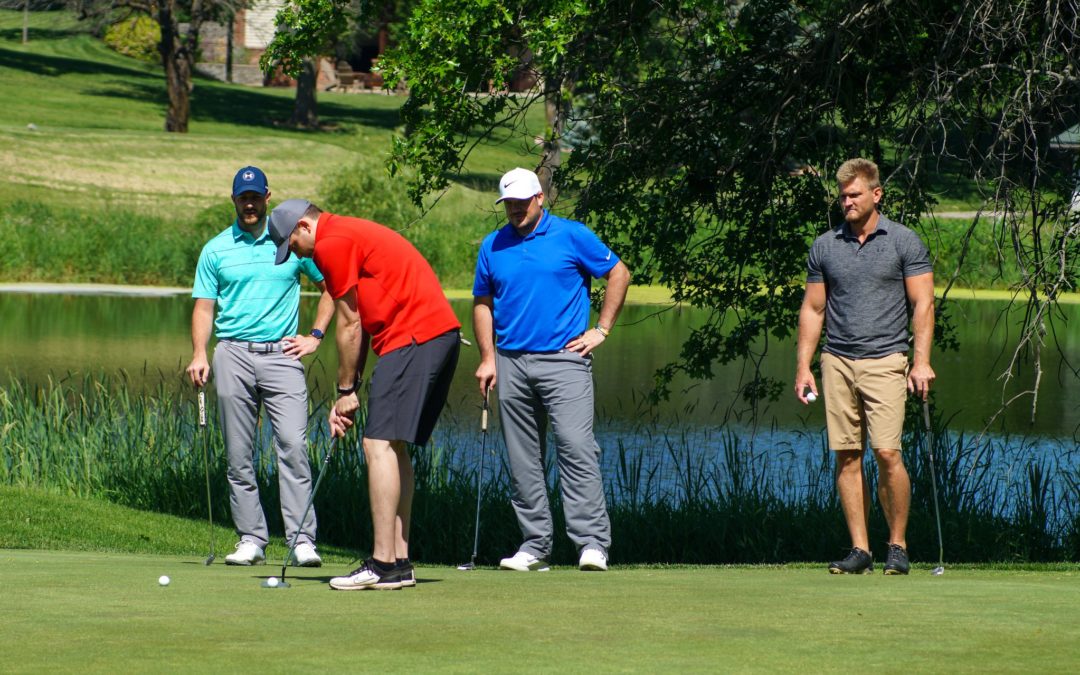 The Nebraska Sports Council’s annual Golf for Gold Scramble, held June 10, 2019, was a resounding success, as a total of around $11,000 was raised to support low-income athletes.

As part of the Nebraska Sports Council’s Adopt An Athlete Program, proceeds from the scramble will be used to help youth athletes and their families afford athletic events such as the Cornhusker State Games.

For participants such as Tim Carpenter, who learned about the event from a friend, the charitable nature of the scramble was a big draw.

“That’s what really motivated me to take a day off and come play,” he said. “To be able to support some kids that can’t afford to [register], it’s a unique thing.”

The Golf for Gold Scramble featured 18 holes of golf for all registered teams, with the foursome of Cliff McDow, Jason Evans, Ryan Kramer and Brandon Schmidt winning Flight 1 with a score of 55. Michael Johnson, Darin Erstad, Danny Clare and Tyler Ideus won Flight 2 with a score of 60, and Roger Lempke, Randy Hansen, Dave Petersen and Rich Schaneyfelt won Flight 3 with a team score of 64.

In addition to the action on the greens, golf scramblers also had the opportunity to bid on items in an online auction and submit raffle tickets for day-of prizes. All in all, the proceeds from the event will help subsidize the entry fees for hundreds of local athletes, helping keep the Cornhusker State Games’ spirit of inclusivity alive and well.

“It’s always nice to be able to help somebody out,” Brad Kuszak said. “I get to come out and golf and do something for a good cause, so it’s a win-win.”