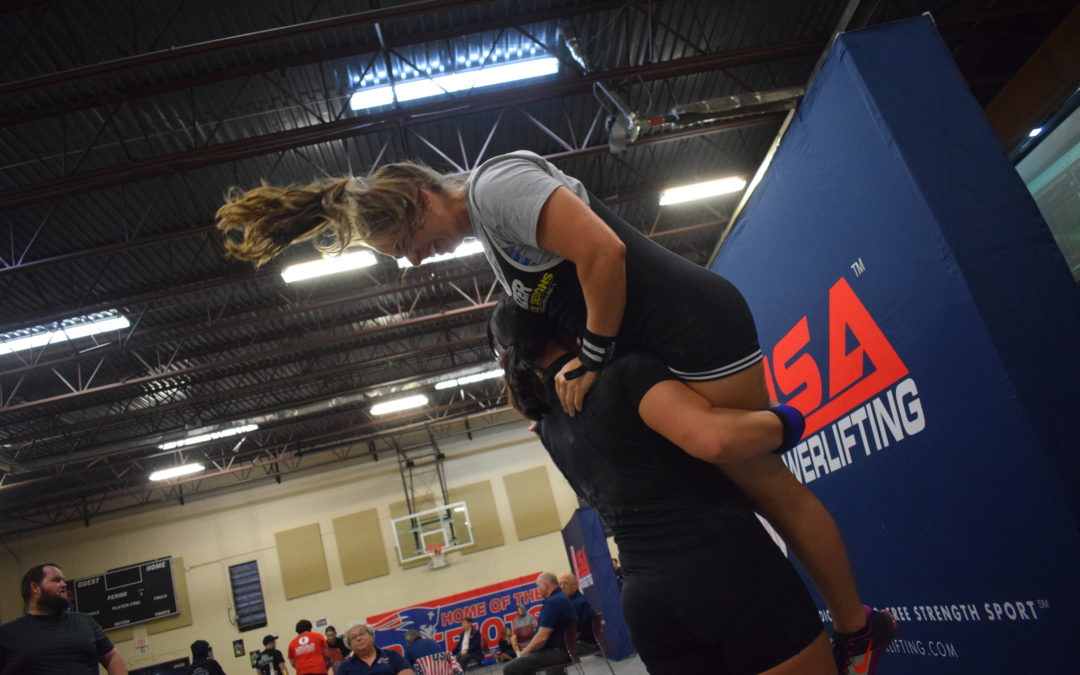 When Alise Pape went to her first powerlifting competition in January, she wasn’t expecting much, let alone a first-place finish in her weight class.

“That was so shocking and so unexpected,” she said.

A Chicago native, Pape began lifting casually in college as a form of bodybuilding, but didn’t consider the competitive sport of powerlifting to be for her. It was only when she met her friend Brook McCluskey that the duo began to train together and consider powerlifting seriously.

After they finished a 16-week program together, McCluskey and Pape wanted to see what her numbers maxed out at, and the results were surprising and encouraging to Pape.

“I had added just insane amounts of strength in a short period of time,” she said. “I had never thought of myself as someone who was strong or geared toward powerlifting.”

At the same time as her powerlifting success, Pape was also inspiring students to do their best through her role as an American history teacher at Lincoln East High School. As with powerlifting, teaching wasn’t something Pape immediately gravitated toward. She began college with the goal of becoming a paternity lawyer but switched to education after just seven days in the program.

“I quickly realized that the thing I loved most about paternity law was kids and working with kids,” Pape said.

After just two years at Lincoln East, Pape gained national recognition for her teaching acumen, as she received a James Madison Fellowship this summer, which provides funds for history teachers to gain advanced education. With just 53 awarded across the country, Pape was the only recipient in Nebraska and plans on using the award to pursue her master’s degree at the University of Nebraska-Lincoln.

That goal will take another few years to accomplish, which is no trouble for the hard-working Pape, who is in the midst of preparing for her second-ever powerlifting meet. She’ll join a pair of friends for this year’s Cornhusker State Games and is looking forward to the chance to compete again.

While she wouldn’t have thought it to be possible at one point in time, Pape has found her stride in powerlifting and is quickly becoming a talented lifter.