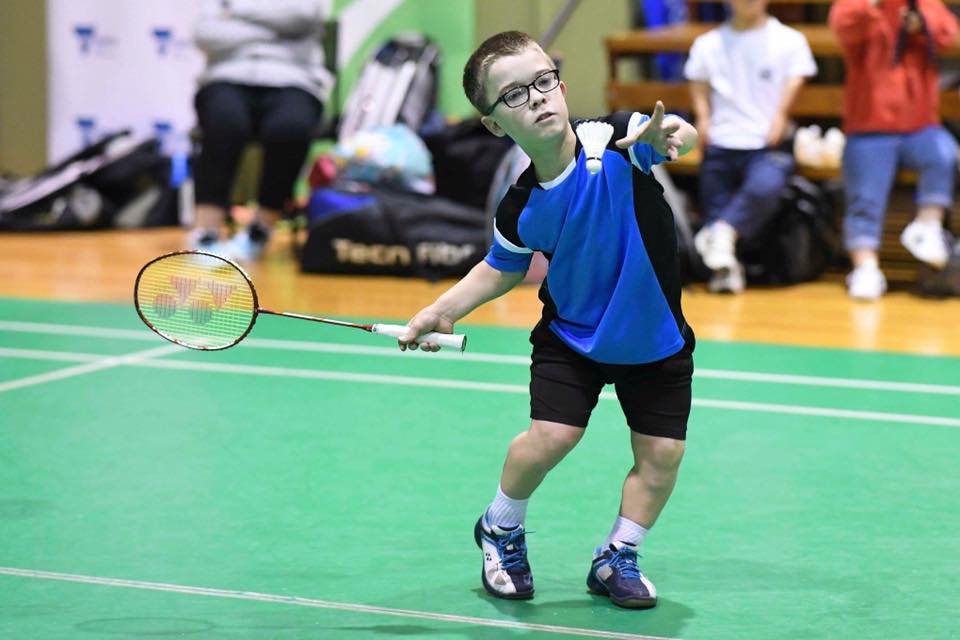 Miles Krajewski may be a small kid, but that doesn’t stop him from having big dreams.

A short stature athlete, Krajewski played a multitude of sports for the Dwarf Athletic Association of America. Basketball, tennis, baseball and golf were all fun, but it wasn’t until he found badminton that Krajewski discovered his true love for the sport.

“It was really fun, different from tennis and the shuttlecock was a lot harder to hit than a ball,” he said.

He quickly developed a love for the competitive aspect of parabadminton and embarked on a series of international competitions, beginning in Northern Ireland in 2016. Another tournament in Colombia followed, and Krajewski’s improvement earned him a gold medal.

“Since it was only my second tournament, I thought that it was nice to win because in Northern Ireland, I didn’t even win a match,” he said.

At the same time as his international events, Krajewski has competed in the Cornhusker State Games, which offers parabadminton opportunities in short stature, wheelchair and standing categories. Bob Ericson, the sport director for badminton, believes the sport should extend to everyone.

“The idea for folks is to number one, have fun, but at the same time it’s fun competition,” Ericson said. “It doesn’t matter if you’ve never played or if you’ve played for 15 years, there’s a spot for you to play.”

Opportunities both home and abroad have given Krajewski a big goal to work towards- the 2020 Paralympics in Tokyo. There are only six spots available, so qualification would be difficult, but recent tournaments in Dubai and Canada have given Krajewksi’s coach, Moss Lattison, an idea of what to work on.

“We’re working specifically on footwork, his mechanics of hitting and after his foundation is solid, then we’ll work on applying all that,” Lattison said.

For Krajewski, his travels around the world for various tournaments have been a tremendous experience, and he has made many friends doing so. But the many competitions all take a backseat compared to his dream — to represent the United States at the Paralympics.

“It’d just be unforgettable and crazy,” he said.