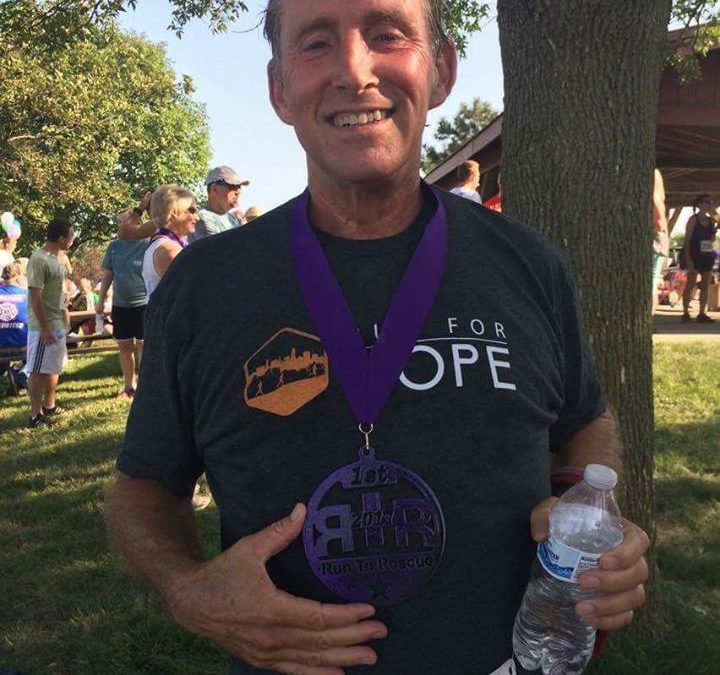 Lincoln native Richard Couch has come a long way since a fateful day in 2014 that changed his life for the better. Ahead of a 2-mile race he planned to run with his daughters, Couch went to a track to practice.

“I didn’t think I even needed to [practice] and I couldn’t make it around the track once,” Couch said. “That was my ‘aha moment,’ and I told my wife that I didn’t know who that old man was.”

Since then, Couch has made it his mission to not only work on his own fitness but to spread health and positivity to others as well. He works as a health coach and is a certified personal trainer, with a special emphasis on dieting for general health.

Couch also began to eliminate grains from his diet and managed to lose 45 pounds in three months. He is opposed to eating high amounts of carbohydrates and said while everyone’s body is different, he believes his paleo, and ancestral diet can help push people in the right direction.

“I’m not so different from everyone else,” he said. “We’re eating foods that our bodies love, it’s like we have a Ferrari and we need Ferrari fuel.”

In addition to his nutritional efforts, Couch has continued from where his fitness journey began and is a regular distance runner now. After competing in the Cornhusker State Games in past years, he will partake in the 5k road race, and is looking forward to trying his best, rather than “going for gold.”

“I love the support and the positivity [of the State Games],” he said. “There are a lot of people that are competitive and that’s cool, but I’m competitive with Father Time.”

When Couch finishes a race, he said he feels happiness and gratitude to simply have accomplished it, since he couldn’t have done it five years ago. That feeling is one he wants to share with others looking to reclaim their fitness.

“I’m running to feel good and to celebrate the life that we all have,” Couch said. “My hope is that I’ll be able to help encourage someone to do what they can do because we all have the same basic tools.”